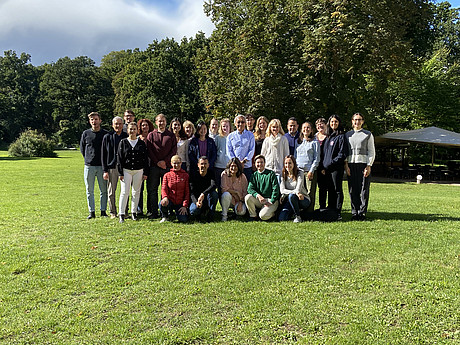 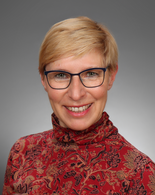 OncoPATH – The ColoNET Follow-up: Dissecting and Modelling Vulnerabilities of Oncogenic Pathways and Metabolism in Solid Cancers

SFB618: Modelling of signalling cascades – the impact of RAS signal transduction on transcription

Within the Collaborative Reserch Center for Theoretical Biology: Robustness, Modularity and Evolutionary Design of Living Systems (SFB 618) the mechanisms of gene regulation through activated MEK/ERK signaling cascades were investigated in the reserach area "Molecular Systems" (subproject A1, jointly with Martin Vingron).

The execution of the oncogenic program is significantly influenced by large scale transcriptional alteration downstream of the RAS oncogene. Therefore we assessed some of the most frequently altered/deregulated transcription factors in detail and used a combination of experimental and theoretical approach to gain further insight into the molecular consequences of RAS activation.

Fra1 is the only AP1 member showing significantly increased levels upon comparison of HRASv12-transformed human embryonic kidney cells (HA1ER) to their immortal counterpart, HA1EB cells. From both cells, we generated genome-wide expression profiles after Fra1-siRNA-mediated knock-down by microarray expression analysis and observed large differences in the Fra1-regulated genes between the immortal and RAS-transformed cells. Functional enrichment analysis identified transcriptional regulators as a major group of Fra1-regulated genes only in the RAS-transformed cells. We confirmed Fra1-binding to regulatory regions of several of these genes by ChIP and verified HMGA1, HMGA2, AEBP1, NPAS2 and TCFL5 to be directly regulated by Fra1. Our results suggest novel regulatory feed-back mechanisms stabilizing mitogenic signalling and AP1/Fra1-dependent transcription in transformed cells thus strongly favouring a role for Fra1 as a master transcriptional regulator in tumors.

Recently, the RAS pathway hit the headlines of translational cancer research again due to the finding that KRAS mutations have an impact on the clinical response toward receptor-targeted cancer therapies. Mutational activation of KRAS is primarily associated with therapy resistance, while wild-type KRAS activity is associated with a therapeutic benefit, however, only in a subset of cancer patients. At present, therapy responders and non-responders cannot be distinguished in molecular terms. Treatment allocation based on detailed knowledge of the molecular mechanisms is not possible. Therefore, signalling processes downstream of the RAS molecular switch are among the prime candidate mechanisms to be screened for clinically relevant alterations. Particularly, studying stimulus-response characteristics, dynamics and feedback regulation of the RAS/MAPK pathway and of other RAS-dependent pathways as well as assessing the integration of pathway activation with the transcriptional program are of utmost importance for defining functionally relevant nodes for therapeutic intervention and for identifying prognostic parameters.

During the past funding period, we have addressed several themes related to RAS/MAPK pathway dynamics. Using mathematical models, we investigated ultrasensitivity, bistability and feedback regulation in MAPK signaling. The models were experimentally tested in cell populations and in single cells stimulated by growth factors or by expression of conditional RAS genes. By expression profiling and the development of a new algorithm, which predicts biological functions regulated by a combinatorial interaction of transcription factors, we identified dual specificity phosphatases (DUSPs) as MAPK-dependent target genes involved in negative feedback regulation. Mathematical models were fitted to experimental time-series of MAPK activation and phosphatase expression. By mining microarray data and results from the literature we also confirmed that transcriptional negative feedback is a general design pattern in PI3K, cAMP, SMAD and STAT signalling pathways.

During the current funding period (until 2013), we (1) aim to investigate the noise/reliability in the expression of MAPK targets and downstream transcriptional networks identified before, to refine our predictions and to further underpin them with experimental data. Specific questions are as follows: How homogeneously do direct target genes respond, how does the noise in gene expression transmit into downstream transcriptional networks and does it rise in magnitude? (2) We have identified about 50 differentially regulated transcription factors in RAS-transformed epithelial cells compared to normal precursor cells. Seven factors have been selected for a series of RNAi-based pertubation experiments. Modular response analysis (MRA), a reverse engineering approach, is used to deduce transcription factor interactions. We plan to extend MRA and other computational methods to the entire set of transcription factors. Phenotypic read-outs of pertubation experiments established in the previous period will be used to study the biological consequences of network interference with respect to proliferation and neoplastic transformation. (3) The RAL pathway is gaining increased importance as the third major pathway downstream of RAS, particularly in model systems based on human cells as well as in tumours. Our previous expression profiling studies have identified functionally relevant target genes, grouped in a KRAS-dependent transcriptional module that responds neither to MAPK nor to PI3K pathway signals. We plan to investigate the role of the Ral pathway in the transcriptional and phenotypic response, using approaches developed for the MAPK pathway.